One Climber's Hard Road to Freedom 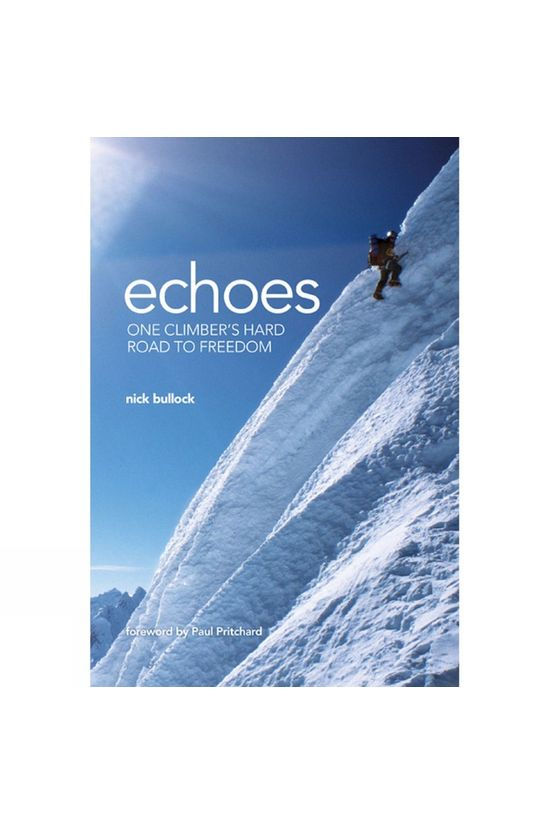 "As I sat cradling the man's head, with his blood and brains sticking to my hands, I heard a voice – my own voice. It was asking me something. Asking how I had ended up like this, desperate and lost among people who thought nothing of caving in a man's head and then standing back to watch him die."

Nick Bullock was a prison officer working in a maximum-security jail with some of Britain's most notorious criminals. Trapped in a world of aggression and fear, he felt frustrated and alone. Then he discovered the mountains.

Making up for lost time, Bullock soon became one of Britain's best climbers, learning his trade in the mountains of Scotland and Wales, and travelling from Pakistan to Peru in his search for new routes and a new way of seeing the world – and ultimately an escape route from his life inside.

Told that no one ever leaves the service – the security, the stability, the 'job for life' – Bullock focused his existence on a single goal: to walk free, with no shackles, into a mountain life.

Echoes is a powerful and compelling exploration of freedom – and what it means to live life on your own terms.

Nick Bullock was born on Christmas Day in 1965. After leaving school aged 16 he worked variously as a gamekeeper, a self-employed labourer and at Alton Towers (less exciting than it sounds) before joining Her Majesty's Prison Service in 1987 where he was posted to the high security Gartree Prison as a Wing Officer, then a Punishment Block Officer. In 1992 he was introduced to climbing at Plas-y-Brenin while training as a Physical Education Instructor: his life was about to change dramatically.

Devoting all of his free time to climbing, Nick quickly established himself as one of the UK's leading climbers, making bold repeats in fine style of many of the UK's most renowned traditional climbs. A veteran of over 20 expeditions to the greater ranges and approximately 5